Communities Together has been collecting diapers, pull-ups and underwear for children in the Greater Lawrence area during the Lenten season since 1998.

During the 2021 pandemic, the outpouring of concern for others and support for this initiative was overwhelming.

Through the generosity of individuals and churches, the organization collected:

The collection was distributed to the following local social agencies who serve families in need:

Why are diapers so important?

Why is the diaper/underwear drive an important ministry for the community?

Many moms make significant sacrifices just to afford diapers for their babies.

Diaper need remains a common and hidden problem of poverty, made worse by job losses and social isolation.

Families spend $75 a month to diaper one child, or 8% of a full-time minimum wage salary.

A newborn will use about 360 diapers a month for a price of roughly $93.

Though diapers are essential for babies, they are not systematically covered by safety-net policies. Neither WIC nor food stamps cover diapers. 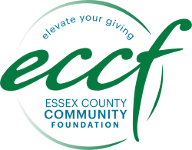